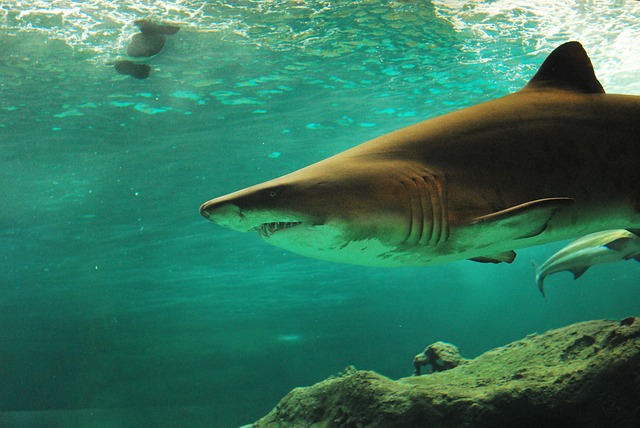 Well being a goofball and having fun no matter what your doing is a skill that anyone can develop.  Monkey Pickles would like to thank everyone that has particpated  in our writing contest over the past month.  Alot of people showed off their creative talent and we are truely appreicative that so many fans of Monkey Pickles enjoy the everday fun created by the community.  All submisisons will be showcased throughout the month of April.  We will take our stand as Goofballs United across the globe making people push the pause button on taking themselves so seriuos for 10 mins a day..

Timmy and the Transforming Sharks

Stan the monkey’s patented Flaming Hamburger flew out of a turquoise volcano upside down into the atmosphere of Jupiter to the three-fourteenths power last Wednesday.

“Excelsior!” bystanders exclaimed. “Where in the world did he ever learn to scrape the Bill Clinton like such an aware octopus!” after which they all dove into a 0.5 league-deep tank of said octopi, wherein they spoke mentally to each other with help, of course, from the encircling psychic dolphins. Unfortunately, the dolphins soon began to grin evilly, and, like little Timmy McGregorshinobi noticed, soon began to grow fangs. “HOLY MOONBEAMS FROM KRYPTON!” Timmy jabbered dutifully, as he flailed away from the foul shark-transformers, attempting to alert the surrounding townsfolk. Oddly, many of the hairless chimps kept chatting non-chalantly about such mundane topics as the weather, as they were one-by-one jerked violently underwater, each dispached body splashing and/or splishing uselessly in a spreading pool of the color purple. (red and blue make purple, of course). Once little Timmy McGregorshinobi had reached the edge of the tank, he snatched his scuba outfit and his samurai sword with vigor – the offending vertebrates were about to have some major ‘splaining to do. He dove bravely back into the tank, where he planned to dispatch all the shark transformers, especially the one who had sadly devoured the head of his beautiful girlfriend, Wendy Wallabeebromine.

Yes, Timmy slashed and stabbed his way with his amazing waterproof sword, all the way to the depths of the tank (which had been a supposed gift to the townsfolk by the Octo-people to the west), where he succeeded in gutting the one who had killed poor Wendy. He reached into the freshly spilled gore, pulled out her waterlogged, decapitated cranium, and flippered his way back to the surface, after which he verily LEAPT out of the tank, spasmodically moseyed across the landscape into the nearby town of Jabrawlter, located the hospital, entered the structure, and searched and surveyed the halls for several minutes until he found and henceforth burst into the office of one Dr. Bartholomew Grinchblaster, the town’s master surgeon. After avoiding an explosive shotgun round and having a short argument, Timmy managed to convince the doc to attempt the reconnection of the dead hunk of dead flesh to Wendy Wallabeebromine’s dead, dead carcass.

The unlikely duo trekked to the nearby desert, where Wendy’s headless body had inexplicably teleported. It awaited them inside a see-through force-field capsule. After pressing the Open button and shooting away the swarming robo-vultures with his handy shotgun, Doc Grinchblaster attempted the grisly deed at once, using a cactus needle and dental floss to carry out the task. Following reattachment, the doc scratched his head for a way to reanimate the dead flesh.

Luckily for all involved, Stan the monkey returned from Jupiter at that VERY MOMENT, landing in their midst with his stylish Flying Hamburger, which sent dust and sand particles tumbling, being as they were in the desert.

“You know what I’d do,” Stannicus sagely advised as he leaned in with a hand to the side of his monkeymouth, “I’d juggle some of my own feces, dance around, and say KAZAAM, and it would probably be allll better!” Timmy and Dr. Bartholomew Grinchblaster looked at each other, obviously awestruck at the obviousness of this, and they summarily henceforth tried it at once. Lo and behold, the lovely (yet severely scarred) Wendy Wallabeebromine sat straight up, blinking with her remaining eyelid, and said “I’m alive!” Doc Grinchblaster, Stan, and Timmy all twirled cannibalistically, hissing ecstatically, “It’s alive… IT’S ALIIIIIIVE…”

Wendy blinked & her third eye began glowing. “Would you like to make love to me now?”

“Indeed!” said Stan, the Doc, and Timmy at once.

“Not you doc, not you stupid monkey!” she screamed.

“The screaming is a side effect of reanimation, she’ll be fine,” Bartholomew Grinchblaster explained calmly, idly combing cake chunks out of his quasi-futuristic beard.

Timmy could see that it was time to turn on the charm. “Fabulous, my darling Wendy, but first let us wash all this monkey feces off ourselves and make sure your head is on tight enough with that dental floss that it wont slip off while we shag!” Having said this, Tim once again switched off the charm.

An ear destroying scream once again emanated from Wendy’s voicebox, after which they all speedwalked back to the location just outside of Jabrawlter, whence the 0.5 league deep octopus/dolphin/transforming-shark tank had been, with thoughts of doing exactly that, tragically only to tragically find the 0.5 league deep octopus/dolphin/transforming-shark tank had been tragically DESTROYED in a most tragic fashion! Water and glass particles flooded the premesis, and octopi and dying shark pieces flopped around uselessly in the green and purple streets.

“What filthy rat-bastard has the cojones? –THE MOXXY?– to have destroyed the Octopus-people’s lovely gift to us?,” Timmy Mcgregorshinobi grumbled loudly and intently, brandishing his waterproof samurai sword. He glared at the townsfolk, many of whom had gaping wounds from the dastardly shark-transforming dolphin attack.

“Dont you remember, the entire thing was a trick!” Stan the monkey said, hopping angrily up and down. “I learned their plans at the secret Octopus Headquarters on Jupiter, and I came back here as fast as i could to warn y’all, but it was sadly too sadly late for some of … y’all.”

“Then we must maketh war on the Octupi! This injustice will not go unjustified! Let us load the Flaming Hamburger with scud missiles and dive bomb their evil McLair on McJupiter! WHOS WITH ME?!” The townsfolk roared, squealed, or bled their approval (depending on their level of incapacitation), as Timmy McGregorshinobi held his waterproof samauri sword to the sky heroicalloically.

“Grab your patented laser kazoo, Stan! Doc Grinchblaster! Wendy! WE RIDE!” The foursome ran and LEAPT into the Flaming Hamburger and summarily blazed off toward the brightest star in the sky, intent on carrying out their awesome plans.

—Will the dead townsfolk be avenged? Will the octopus threat on Jupiter be quenched? Will Timmy and his pals ever wash off that damned monkey feces? How soon will they realize they’re really going toward Venus? Tune in next beak! …to find out the answers to these questions and more, on the Adventures of Timmy McGregorshinobi—

~~ We look forward to the continued Adventures of Timmy McGregorshinobi ~~

8 Funny Words That Start With P

The Zoo’s Only Gorilla Dies Right Before The Zoo Opens…

Two Rednecks Are Sitting At Their Favorite Bar Drinking Beer…

Why No One Wants To Take Jobs In Chicago…