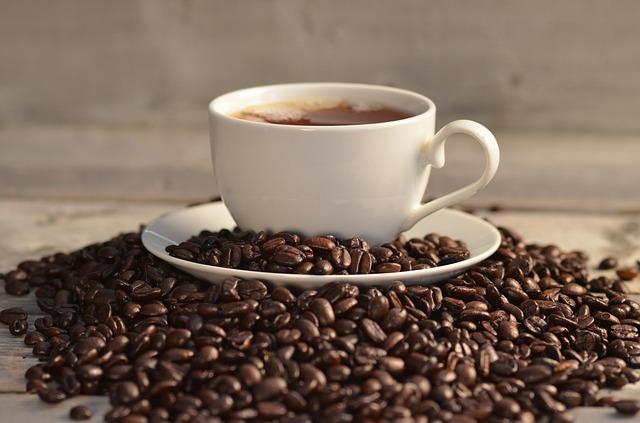 What is the world’s strongest coffee? Is it the one that makes you feel like you’re ready to run a marathon faster than Usain Bolt? Or is it the one that actually makes you happy to be at work on a Monday after a weekend that felt like it lasted 45 seconds? We have lots of coffee-related questions, some of which convergent coffee answered for us. We haven’t quite found all the answers yet, but we’d like to take you on a journey through Cathy Coffee’s world as she searches for them.

Cathy’s first question in the morning was whether or not she should try to find the strongest cup of coffee at Starbucks, her alternative was picking up a less acidic coffee which might get her day started even better than something super strong from Starbucks. She had heard rumors that Starbucks might be the place to go. But then she remembered the types who frequent the establishment. They all look like they’ve come out of some type of odd movie she would never watch. Besides, the one time she got a drink there, it tasted like it sat under a broiler for 20 minutes too long. She decided that Starbucks just wouldn’t be for her.

Instead, she stayed in that morning with Folgers.

Passable, she thought, but what am I missing? Is this really the best part of waking up?

After all, she had awoken to “Eye of the Tiger” playing on her phone alarm. Sitting there in her apartment, she made the executive decision that this was nowhere near the best part of waking up, and it definitely wasn’t the world’s strongest cup of coffee. Her face nearly split itself in half as she yawned a mighty yawn.

“Well, this sure isn’t working,” she muttered to herself. Did a burglar sneak in last night, make himself some coffee and dump the used grounds back in the tin? She choked down the last sip.

At the office, she made what she figured was probably the world’s weakest cup of coffee. It’s possible this cup was the absolute weakest coffee she had ever tasted. Or was she just saying that because her mid-afternoon spreadsheets were the most boring things a human being could be forced to stare at?

This coffee must have been on sale at the gas station last decade. How can anyone justify serving this?

There wasn’t enough sugar in the world to overcome the salt from her silent tears.

Later, Cathy met up with her male companion, Ken Caffeine. By this time, she needed a little pick-me-up if she was going to stay alert for the rest of the night. It wasn’t that Ken was boring. (Although he was really unbearable when he rambled on about his flavored water creations.) It was more that her quest had tired her out. She felt like she had been running in place on her quest — or rather, going backward. In desperation, she stopped at one of those places with only honey as a sweetener and 50 different diary-free “creamers.”

She realized at the end of the day that she was just never going to find the strongest cup of coffee this way. She would have to supplement her tiredness with more exercise or possibly energy drinks and nicotine patches.

As she was finally drifting off to sleep around 2 a.m., she heard a soft tapping on her window. She opened her window and found a man in a dark coat standing there.

“I hear you’re looking for the world’s strongest cup of coffee, ma’am.”

“I’ve got a sample waiting for you if you’re still interested. And the first taste is free.”

To be continued, in…

How To Make Kinetic Sand