Home Nonsense Funny Articles Not Really What You Wanted, Eh? 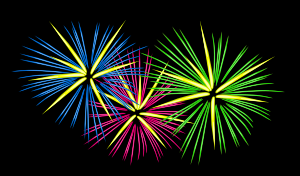 How far away is Christmas? About seven days? More than likely.

Anyway, the point of this is to explain how not to act when you receive a present you didn’t want. Lots of people have no idea what to do when they receive a present that is… um… of what is yet to be desired. This happened to me Christmas of 2010, I asked for a DSLR camera, a Cannon, I didn’t care if it was a Cannon or not, as long as it was a DSLR. Now, the camera that I received was… of what was not to be desired. I got a plastic little camera, with a pretty bad digital screen on its back screen that also didn’t record. So, to make up for it not being able to record, my mother bought a plastic little video recorder which took pretty decent video, but not at all what I was expecting.

The first thing you can do, is don’t do what I did, and that expect to get what you asked for, because the face you make is not going to fool anybody. The key to excitement is all in your eyes, you can make the most excited face that a person has ever saw with the biggest smile, but have eyes as dead, and cold as stone. Or in my case, as sad as a child who gets coal. My God Father – whom bought me the camera – didn’t realize my disappointment till my mother said, “ah look!” I looked up and her face dropped as she said, “That isn’t what she wanted, at all.” I just kind of kept smiling, trying to act natural, until I rubbed my neck and everyone in the room just knew it wasn’t what I expected. Rubbing your neck is a sheer sign that something is off, that someone is uncomfortable of even lying.

So if that situation happens to you, talk your way out of it, like I did!

After that moment, I hugged my God Father and said, “No, it’s fine. As long as I have a camera it’s fine.” Just to make him feel better, I even took a picture of the camera and put it on Facebook with a bunch of explication points to express the fake happiness that everyone had seemed to buy.

So what have we learned from this story?

Don’t expect what you want, because if your hopes are too high, you’ll be disappointed, and the person who gave you the gift will feel pretty bad also.

One the bright side, Christmas of 2012 I did get the DSLR.

So I guess if you keep asking, things will work out, right?

Your Guide To Using Tumblr By JelloApocalypse