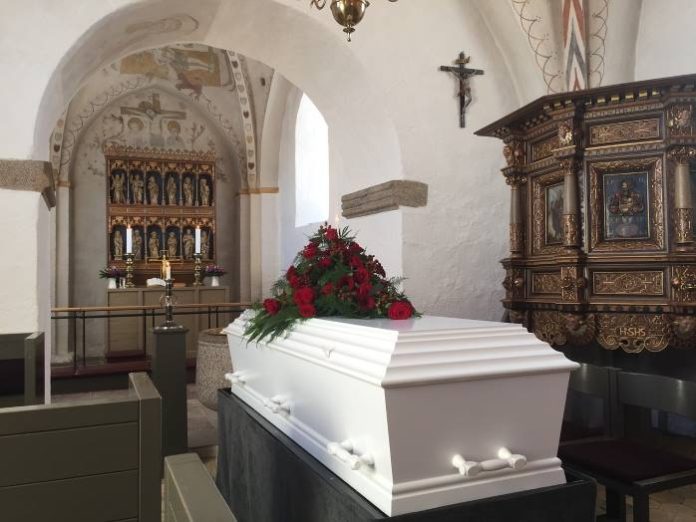 Death isn’t a subject everyone is comfortable talking about. But these torturous tales of the departed are too horrific to ignore.

The Explosive Nature Of Caskets

Surviving family members usually want to do right by their departed loved one by buying an expensive and tight-fitting casket. But rubber gaskets can create too tight of a seal. As bodies decompose, they release gas that can build up and cause the casket to literally explode. That’s quite an unexpected send-off for a dead loved one. Totally outdoes a 21-gun salute.

People Really Do Get Buried Alive

Doctors can’t always tell if someone is alive or dead. Hundreds of people have been buried alive or at least placed in a coffin for burial. Take the Russian cook who spent three days in a freezing morgue. Her daughter took her ill mother to the hospital and was later told that she died. While the daughter went about buying a casket and arranging for the service, the mother’s body was moved to the morgue. Three days later, the mother was found to be very much alive by a doctor. Maybe someone else who was famously dead three days had a similar experience…

In Puerto Rico, a young man named Fernando de Jesus Diaz Beato was gunned down in a mystery killing that may have been done by a known assailant. His family decided to surprise funeral guests by having the funeral director prop him in a chair in a natural pose, smoking a cigarette with his eyes open! They felt they wanted to honor his character as a happy, active man. Can you imagine the surprise if the killer attended the funeral and saw his victim looking alive and well?

They Use Props For Some Corpses

People die for all kinds of reasons, and some of them leave their bodies less than normal-looking. For decapitations, a wooden dowel is used to keep the head on, and the neck is sewn up and covered with wax. False limbs are placed inside shirt sleeves and pant legs. Plaster of Paris is used to fill in missing surface areas (like when a person dies of a gunshot to the head). So when there’s an open casket funeral and you think Aunt Mildred looks really great, you should really be thanking the mortician for his fancy brushwork.

Fake Boobs Have To Be Removed Before Cremation

That’s right. Your secret breast augmentation will be revealed if you choose to be cremated. In fact, coroners have to remove all foreign bodies before a body can get thrown in the cremation chamber, including silicone implants (that’s you, Busty), pacemakers (which can explode), and radioactive isotopes. That last one is something that some cancer victims have inside them. The crematory operators don’t want any nasty, last-minute surprises like exploding caskets.

How to Make Brown

Shared From BuzzFeed: How To Live Life According To Mama June