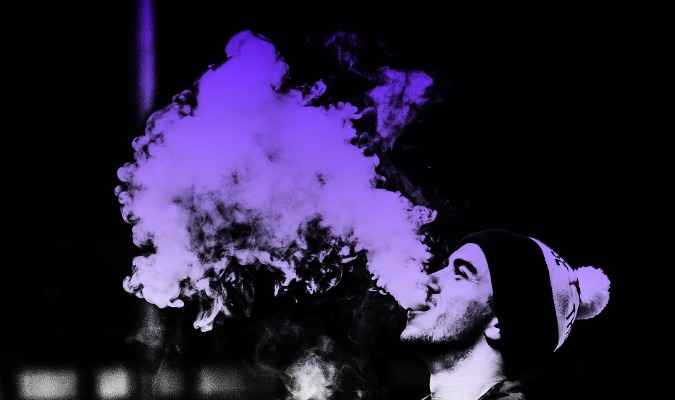 Cigarettes are so yesteryear. We don’t live in the 1500’s anymore – it’s the time of some exciting technology, not the internet, not virtual reality, but something better – vape pens.

They are portable; they don’t smell like the conventional cigarettes. Although, you may catch the occasional person with weed vaporizers, which do give off a smell. They can even be fired up indoors. You can vape anywhere you want to because it isn’t smoke. Well, there are some etiquettes attached to it which we have highlighted below. For those of you who are wondering how to make that transition from a cigarette to a vape pen and how you should go about it, here are the golden rules of vaping which tell you how to make the best of it.

DO Your Own Experiments With Batteries

All those horror stories you hear about batteries blowing up in people’s faces are all about amateurs who did not know how it should be done correctly. That doesn’t have to stop a pro like you from experimenting. Choosing your own batteries instead of following manufacturer’s instructions is the trend. And you’re not in high school anymore; you don’t have to ‘follow instructions.’ You know very well what you’re doing. Go ahead and experiment with more power and big vape clouds. Once you’ve found the type of vaporizer and battery that you enjoy using the next thing to do is find a reputable online vaporizer seller, you will normally get better deals from an online retailer than you will in a store, even down to the eliquid, many offer 3 for 2 deals or even buy 1 get 1 free as they don’t have the same overheads as stores so they can offer their products at a lower price.

DON’T Be Inconsiderate Of Others

You don’t have to be selfish about it. There are so many people who are unaware of the joys of vaping. Even those who don’t vape, secretly want to. Who can say no to the pleasures of vaping? Vaping in public is a social service. And it’s not like it’s a crime. Moreover, the vaporizer or the vape pen neutralizes most of the smell. Imagine the number of people who will be happy just to get a little drag or at least the smell of the pleasurable smoke. If somebody says no, be polite, read between the lines and help them out.

DO Your Best To Educate Others

You know how excited you got when you first tried vaping, you remember what a monumental moment it was for you. Do you not want to share it with others, who don’t smoke or are still taking drags off the old cigarette? Spread the word, about the vast potential of vaping in changing your lives. Tell them about the flexibility it offers; people may feel shy at first, give them a little taste passively or offer them your vaporizer. Create a church for vaping. Worship the plumes of vapor. Quit your job and dedicate your life to spreading the word of the Vape.

Okay, you might have a few people looking at you during your subway ride. Or when you have are simply walking around with your vape pens. It’s all right.

Most people are ignorant about the pleasures and the potential of vaping, especially with a cbd oil cartridge. Don’t be offended when someone gives you the stares. You carry on with your work without pulling away from these people. Slowly, they too will come around, and when they do, they will be thankful to you. It’s like those Nintendo Gameboys – people would eventually start loving them, even if they did not before. Come on – who doesn’t like a Gameboy?

What’s The Most Insulting Thing You’ve Ever Experienced?

What Not To Wear After 50