Home Nonsense Funny Articles A Night Out With The Whiskey Legends 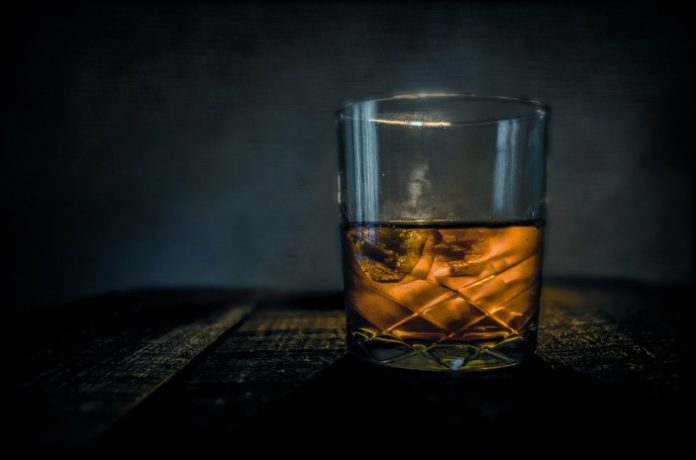 Jack sat at the end of the bar, looking sullenly into his empty glass. He had been there for hours, sipping away on a quality Tennessee whiskey, alone. Suddenly, he felt a firm hand hit his shoulder. He turned slowly, unable to muster much energy.

“Jack,” said an older man in with a gruff, weatherworn voice. A worn top hat was nestled over his graying, stringy hair. His black, dirty coattails flowed behind him when he walked, a striding man who carried a cane. His look was authentic, as if he had just came from a fancy party in 1908. Unfortunately, it was 2016. He looked like a period drama actor or one of those guys from an amusement park stage show.

“Johnnie,” replied Jack, looking up with an expression that most would consider a pained grimace. In Jack’s mind, it was an acknowledging smile.

Johnnie took a seat next to Jack, and the two sat next to each other silently for several minutes, neither having anything to say. They had always been this way, since meeting nearly 50 years ago fighting together in Vietnam. They were much younger then, of course, but they both had a dignified silence about them even as kids. When either of them spoke, people listened.

The bartender brought Johnnie his usual drink, a fine Scotch. Johnnie laid the payment on the bar with a nod, took a sip of his drink and set it down with a long sigh.

“What happened to Jameson wasn’t your fault, Jack. It wasn’t anyone’s fault. Bad things happen to good people sometimes. And you know how Jameson is … was,” he corrected himself. “He talked a big game, but at the end of the day, he always had a hard time backing it up.”

Jack frowned, the pain of the incident replaying in his mind over and over again. “I know it isn’t my fault, Johnnie. It’s just that he didn’t deserve what happened to him. He was a fun-loving kid, always was. Loved the ladies.”

A slight chuckle escaped Johnnie’s lips. “Kid? Jameson was well-aged, Jack. He looked like he was at least 236 years old! He knew what he was getting into when he decided to tangle with those young bucks.”

“I know that, Johnnie,” Jack replied. “Dadgummit, I know that. But we should have been there for him. He shouldn’t have had to fight Jose by himself. That blue agave stuff he drinks packs a punch. We were a team and we let him down.”

Johnnie snapped back, “And what would we have done, exactly? We’re old. We’re washed up. Hell, your back hasn’t been the same since the war, and I have been on this cane for at least 10 years now. He shouldn’t have tried to fight with Jose. He should have walked away.”

The two let those words float over them like a cloud of cigar smoke. They both missed their friend. Jameson was a good guy, but his mouth sometimes got the better of him. And now, he was gone.

Raindrops On Roses And Unwanted Whiskers