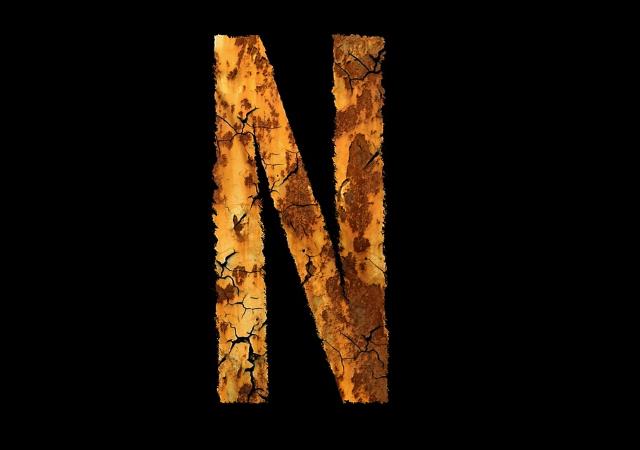 These words that start with N will really get you thinking. Sorry about that.

Considering that Bruce Lee was a master using this deadly weapon, it figures that the word sounds much scarier if you say it with a gruff Asian accent. Try it. Nunchuks.

ZZZzzzzz … I’m sorry, did you say something? Nanotechnology was this new word that surfaced about, oh, 20 years ago. Everybody got their knickers in a twist about all the weird stuff that was going to be possible with this technology that supposedly used miniature, microscopic robots to do stuff. Since then, we haven’t heard much about it. Either it was a bunch of hyped-up nonsense over nothing or the government seized the nanotechnology and is now bugging all our cell phones. Hmmm …

This is a frightening personality type where people are completely obsessed with themselves. They have a tendency to talk about themselves and can’t stop looking at their own image. I would try to pin this label on the Kardashians, but they’d probably just get all shy and embarrassed at having people talk about them.

This word has been in the news lately with all this talk about e-cigarettes. Supposedly the vapor in electronic cigs has some trace amounts of nicotine in it, so the makers are now trying to make claims that a little nicotine is actually good for you. Yeah, and a little napalm in the morning is refreshing to some people, too.

People don’t really use this word anymore. A novice is someone who is new to something. They haven’t yet experienced whatever it is, but hey, they’re willing to put themselves out there and give it a shot. Nowadays, we call these people “green” or “noobs.” As if they’re some kind of alien, Morlock person coming up from the underground. Apparently all the “cool” people are born experts at everything.

People don’t use this word anymore, either, unless you’re a history professor discussing the pre-war English gentry. I think we should bring back “nobleman” and make the title official. I mean, if the “sir” can carry so much weight, why not nobleman? Sir Sean Connery and Sir Elton John. Wouldn’t they like to be called Nobleman Elton John and Nobleman Sean Connery instead? I know I would, if I were a man. Or a Sir. Anyway, nobleman carries much more description with it. “Oh, he’s Nobleman Elton John? He must be so noble. And look at those nunchuks!”

How To Make A GIF

The Do’s and Don’ts Of School