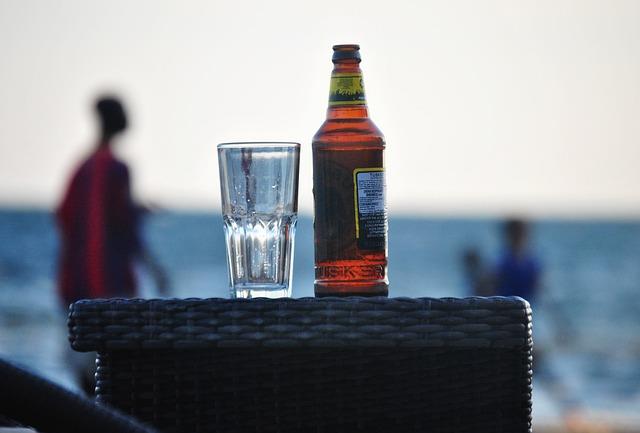 You already know not to step on a crack lest your mother suffer major injury. Likewise, you should never kick a beer bottle, but we don’t have a handy rhyme to help remember it. Beer bottles aren’t really meant to take a swift kick to the side. They’re really just meant to enjoy over the course of a long meal. (If you want to drink faster, you go for the cans.) Here are three reasons you should never kick a beer bottle in any direction.

1. It Could Lead To Suburban Wasteland

If you kick a beer bottle when you’re out walking around, you risk it going into the street. There, it’s likely to cause a car to spin out of control and hit that big mailbox down the street that’s shaped like a cow. (It’s a miracle no teenagers have defaced that one yet.) Even if no one is hurt in the crash, it could set fire to your neighbors’ lawn. Houses and mailboxes would start to catch fire, and before you know it, your entire suburb would be leveled. Everyone you know will have to pick up and move any of their belongings that weren’t destroyed in the fire, and there’s nothing suburbanites hate more than moving.

And before you know it, your neighbors will be choosing between shining shoes on the side of the road and running away to join the circus. Is this the type of chain reaction you want to cause? Do you really want more circus clowns in the world? Wouldn’t you rather not kick a beer bottle and go to sleep soundly tonight in your little, not-burned-down-in-a-deadly-inferno corner of the world?

2. You May Get Green Hair Or Suffer Poor Math Skills

Any hag can tell you that kicking a beer bottle is pure bad luck, so we really don’t recommend it unless you want to wake up with permanent green hair (whether it’s near the ides of March or not) and absolutely no knowledge of how to do basic arithmetic. If you’re thinking, “Gosh, that sounds ultra-specific,” you’re right! Those are the two biggest consequences that experts have observed in beer bottle kickers.

Your remaining years would be spent yelling at kids who think that 2+2 = 4, with your wild, lime-green hair all askew and Einstein-y. You’ll forever be known as the crazy person in your neighborhood, all because you kicked a beer bottle on one fateful day.

Let’s say you’re playing soccer in the house, and you’ve already broken two windows and a lamp. On the fourth kick, you send the soccer ball through one of the broken windows into the yard of the one neighbor who happens to hate you, broken windows and soccer all equally. Rather than go get the soccer ball, maybe you convince yourself to substitute a beer bottle. You rationalize it: The beer bottle has some rounded edges at least, and beggars can’t be choosers.

Instead of deciding to kick a glass object all around the house, maybe you should pick out something a little less destructive. Have you considered a bowling ball? Or maybe a flamethrower? The house is too important to use a beer bottle.

Love Is A Marathon, Part 3: Dancing The Tippy-Tappy

What Would Dr. Seuss Prescribe For Common Illnesses?